I don’t think I’ve ever looked forward to the release of a cookbook more than Meera Sodha’s EAST. I fell in love with Meera’s previous book Fresh India back in 2017, and have eagerly followed her weekly column of vegan recipes in The Guardian. Some of those recipes ended up in EAST; some were vegan adaptations of recipes from Fresh India (the cauliflower korma is a particular favourite).

When the book was released in late August I read it like a novel – Meera’s writing is as beautiful as her recipes. It’s a fantastically helpful book: where applicable, the sections start with an explanation of the ingredient varieties (eg. noodles: wholewheat, rice sticks, ramen) and how to cook them. There’s also a section at the back titled ‘helpful things’, which explains some of the more unusual ingredients, how to use them and where to source them. Also, there’s a whole chapter dedicated to tofu. This is my kind of cookbook!

Thai Green Curry with aubergines, courgettes & mangetout (page 120)
I’d never made my own curry paste before, but I was pleasantly surprised by how easy it was, and how good the results were. It was so fragrant and aromatic, and a great way to use up a courgette glut, too. While it was a little pricey to make with the fresh lemongrass and lime leaves, it was worth it – and Meera does suggest using 1 tsp lime zest instead of the leaves, which I’ll try next time. We’ll definitely be making this one again, and experimenting with different veg and tofu, too. 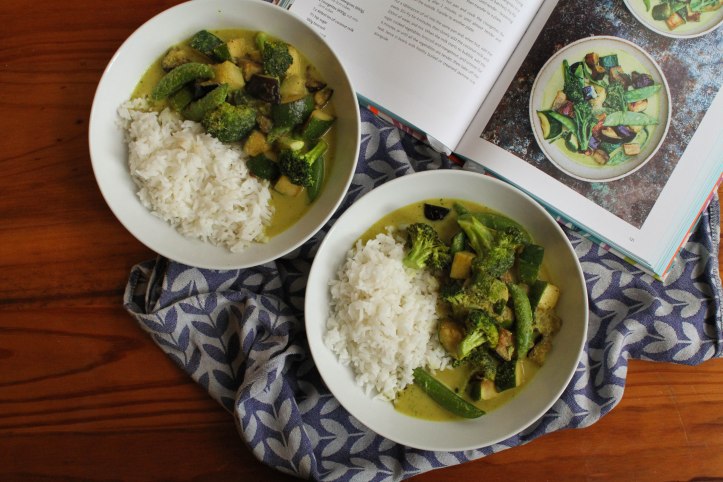 Jersey Royal & Green Bean Istoo (page 112) & Tamarind Shallots (page 244)
In her introduction to the istoo recipe, Meera writes of it as having a ‘gentle heat’, and being one of the most elegant curries she’s come across. Unfortunately, this didn’t come across for us when we made it. We felt the istoo was lacking in flavour – something I’ve never found in Meera’s dishes before! We also had issues with the cinnamon: the instructions are to break the stick in two, but when we did this the whole thing shattered, so we ended up having to pick shards of it out of our meal.

Thankfully, the tamarind shallots recommended as an accompaniment saved the day. They had such fantastic flavour – rich, deep and sticky, with a sour-sweetness from the tamarind. While I don’t think we’ll be making the istoo again, the shallots are another story.

Peanut Butter & Purple Sprouting Broccoli Pad Thai (page 78)
So far, this is my favourite recipe in the book. The sticky-sour-sharp combination of crunchy peanut butter, tamarind and lime is addictive – add in crispy tofu, earthy broccoli and aromatic mint and you have a flavour explosion unlike anything else. We must have made it six times already!

One thing I have tweaked is the broccoli – the purple sprouting is delicious, but at about £2 for 200g it makes the meal very pricey. I’ve taken to using regular broccoli instead (dicing the stalk), and find it works just as well. 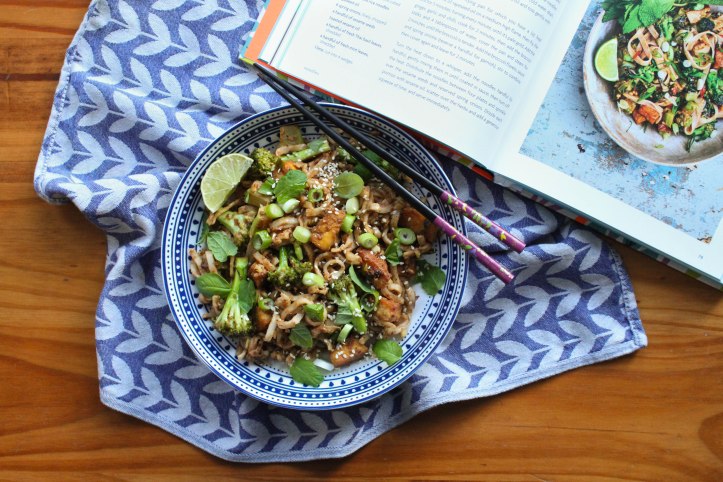 Salted Miso Brownies (page 276)
Have you had salted caramel brownies? Imagine those… but better. They are so gorgeously gooey – a thing that used to make me a bit anxious about non-vegan brownies (uncooked egg), so I enjoy being able to revel in it with these!  They’re also dangerously easy to make, and don’t require any fresh ingredients – perfect for satisfying an urgent cake craving.

The only downside is they’re so gooey it makes them difficult to transport. I had a bit of trouble initially getting hold of the white miso and flavourless coconut oil too, and though I did manage in the end, I would definitely have struggled more if I wasn’t in London. Now I do have them though, I’m supplied for the next few batches!

I’ve bookmarked pretty much half the book (as you can see from the first picture!), but some of the other recipes I’m particularly keen to try include the Swede laksa, Tomato curry, Bombay rolls (I have an idea for a vegan version), Chickpea flour chips, Scrambled tofu akuri, Spring vegetable bun cha, and the Sunken ginger plum & spelt cake. If you like the sound of any of these, you can buy EAST here. You can check out Meera’s website here, and follow her on Twitter and Instagram for more wonderful recipes. 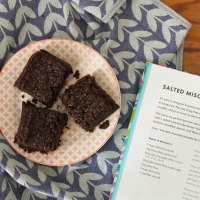